Arriving early Saturday morning we setup in the vast outer paddock. We had high hopes for the weekend, as its the first track of 2014 that I know.  I qualified very well here last year despite not having success in the races. 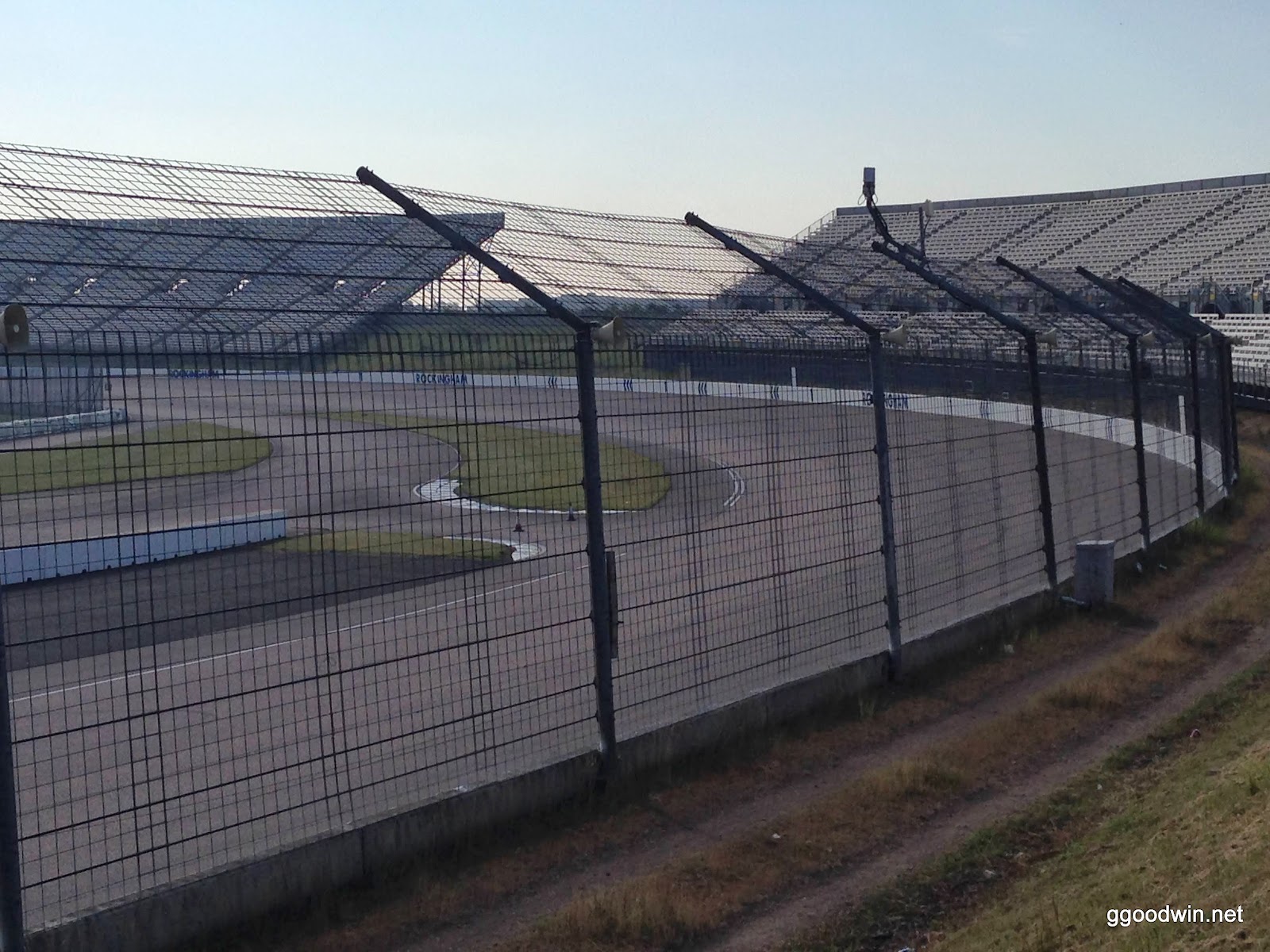 Qualifying: I waited in the pits until last to find some empty track. It's debatable whether best to follow other cars, and maybe be held up or go it alone. I chose the latter.

After a lap to warm the tyres I found that the PSM stability control system wouldn't switch off! This this seemed to be severely limiting power out of the corners and felt like it was holding me back.  I was 4 seconds off my expected pace, so pitted to see if we could quickly solve the problem.  However everything we tried disabled ABS too - which would make things worse.

I went back out for the last 5 minutes of the session and improved my lap time by over a second, but still 3 seconds slower than last year.
When the timing sheets were issued, it turned out everyone was significantly slower due to track conditions, with it being very slippy (despite being dry) and whilst 10th I wasn't far off 7th in terms of time.

Back in the paddock the guys from TF Motorsport and Jasmine showed us how to simply disable the PSM without affecting the ABS and we were confident of improving in the race.

Race 1: The temperature was in the high 20's as the lights went out. I got a reasonable start, holding position through the first corner.  Half way round the lap, the two cars in front were side by and I nipped up the inside of one into the next. hairpin.  As we got to the fast left hander Gracelands the two cars in front of me went in too fast, too wide, onto the marbles and started to spin.   One went into the gravel but the closest rotated back across he track directly into my path.  I had lifted off immediately I saw the spin which bought me a second to react and dodge right.

The old adage is that you aim for the spinning car, and it won't be there when you get there!

Unfortunately the cars behind me went left. I heard the collision, all three cars were out of the race with significant damage and the race red flagged.

On the restart I maintained position, but was always  a second or two behind the cars in front. The heat was extreme and the harder I pushed the more mistakes I made, so came home 7th. 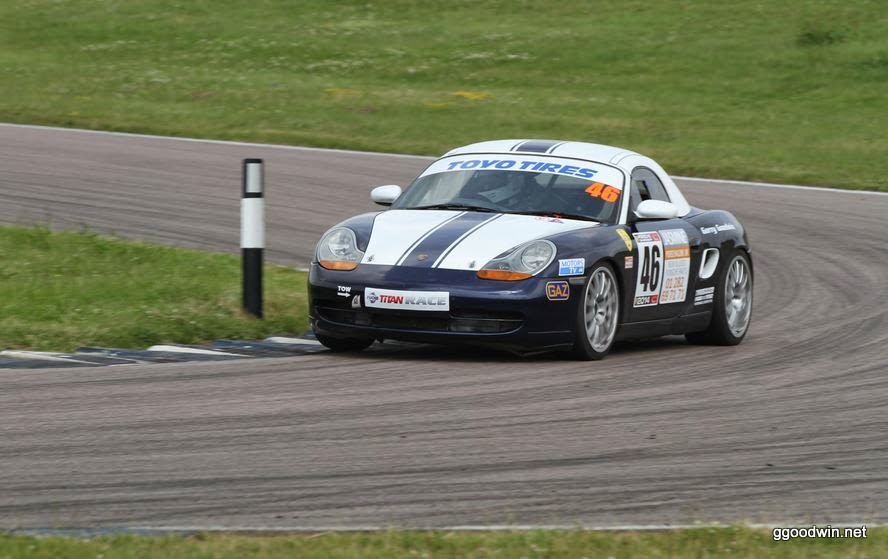 Race 2: Due to the general lack of grip and the twisty infield section we softened the rear roll-bar and the suspension for Sunday to find more grip and reduce the likelihood of under steer.

This turned out to be a good move when it started to rain just before the race.  I try to treat light rain as nothing and race it as dry - but in the holding area it got worse, so I hastily got out and softened the suspension a little more.

With two warm-up laps permitted to get used to conditions I sought different lines through the corners searching for grip. It was very very slippery.

Off the line I got another great wet start, taking two places and holding on, despite a few moments over the first lap or two.  A spinner in front put me 4th, a way back from the top 3 through. The next lap I started to consolidate my highest position ever and build a gap over 5th place. It all looked very promising!

Then the heavens opened, and a huge downpour ensued.  Coming into the banked turn 1, I very nearly hit the wall; aquaplaning at 90mph, before recovering.  My worn tyres unable to clear the depth of standing water.

Race control deployed the safety car (A Kia Rio) immediately.  There was so much water I couldn't even keep up with it.  My lap times had gone from 2:10 to 3:40 it was so bad.  Once it pulled in 2 laps later I still couldn't get up to speed and was picked off one by one by the cars behind. I finally finished 9th on track and 7th in class.

Some good progress, but still not on the pace with the front runners.  We are definitely being hampered by our low budget which only allows a single set of wheels and tyres, a slightly under powered engine, being over the minimum weight by over 20kgs and not having all the performance  modifications permitted by the regulations.

All the talk in the championship recently is about brake cooling.

With our next round being at Rockingham (which is a big test for brakes)  and the English summer set to be a hot one, we've fitted the optional GT3 brake cooling ducts.  These are larger and sit lower under the car to direct more air onto the front brakes. 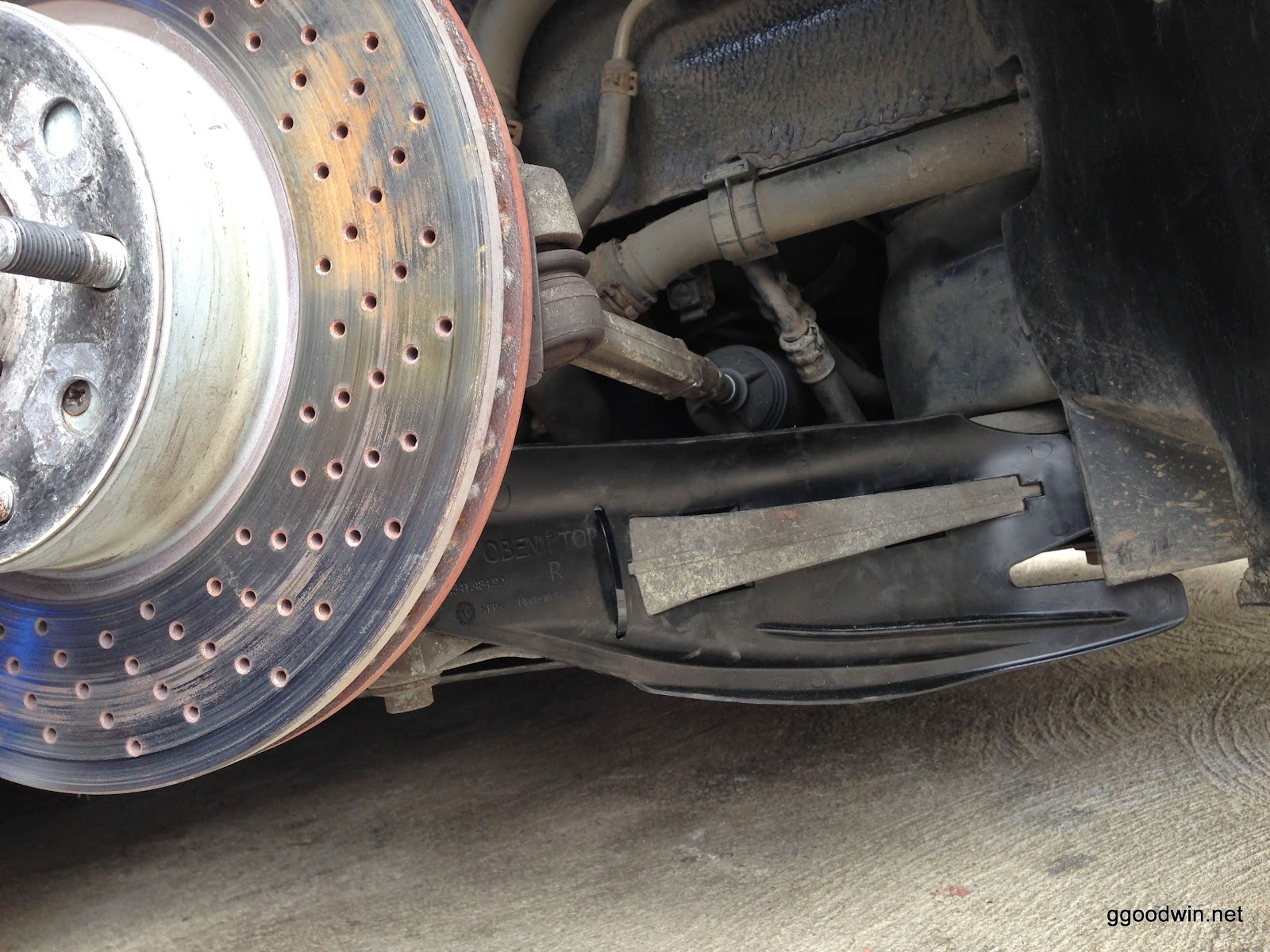 We still expect I have to manage brakes during the races. Stopping from 125mph+ down to 45mph puts a strain on the brakes.   If the ABS is used to much it quickly overheats the brakes and you have to brake earlier and more gently into corners.

I expect we will also put direct ducting from the front bumper into the brake discs or open up the inner wheel arch liners to allow even more cooling, and this allow us to brake more aggressively and for longer in races with less fade.
Posted by Garry